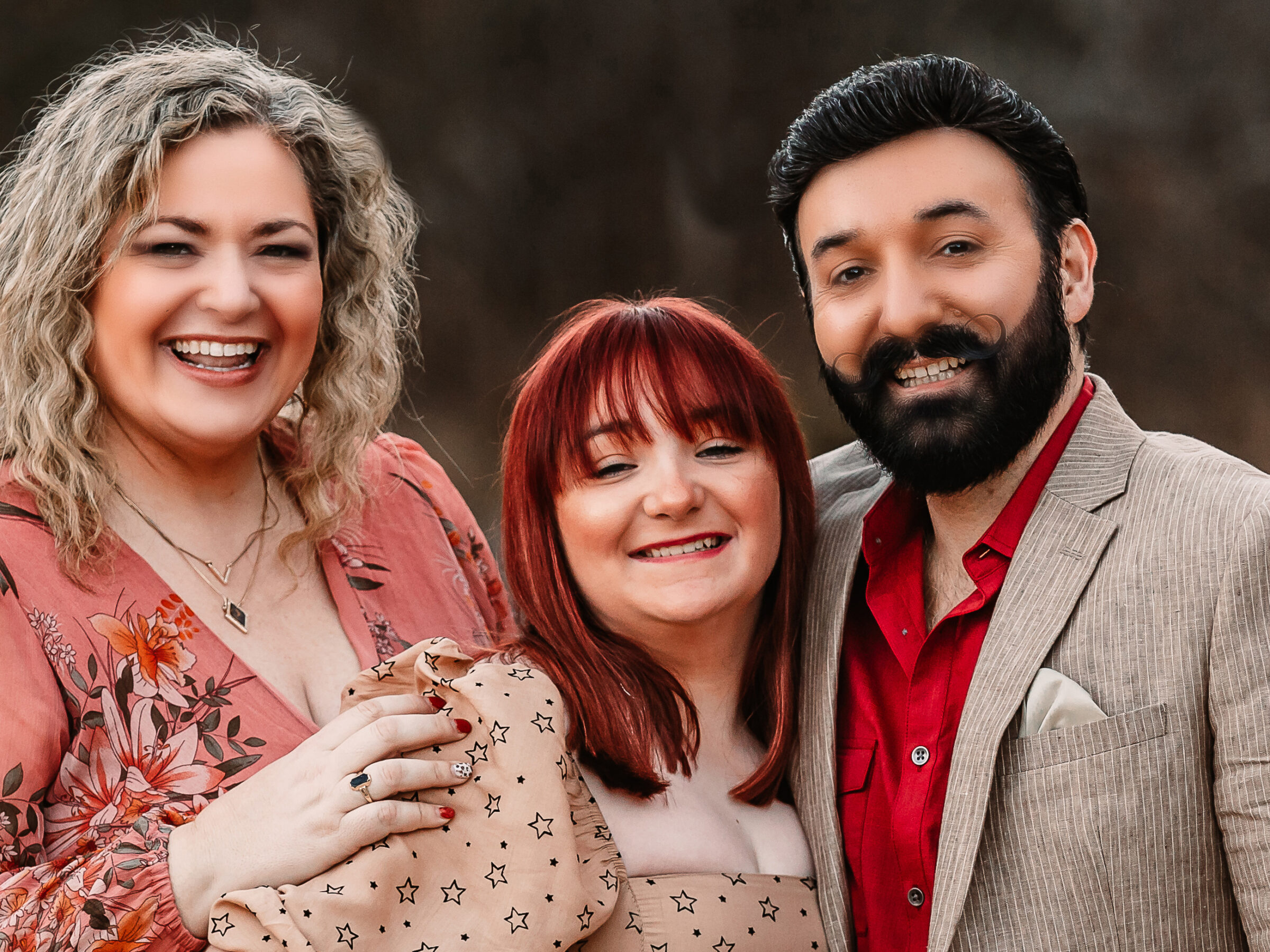 Michael and Jen Frost, along with daughter Jael, make up the family trio, The Frosts. Before their daughter joined them on stage, Michael and Jen managed “The Michael Frost Trio,” appearing twice on the main stage at NQC (The National Quartet Convention) and releasing several radio singles written by Michael — all of which entered The Singing News Top 80. These songs included “When I Could Not Pray,” “That’s God,” “Who Will Shout the Loudest,” and “More Blessed Than Burdened.” The Singing News Magazine presented a feature article on the trio in their November 2013 issue. Michael has written songs for some of the top artists in gospel music, including “Choose Life,” the #1 song in The Singing News magazine for September 2019.  In 2020, The Frosts will release new music produced by Kent Wells (Dolly Parton). The family lives and works in various shows in Branson, MO, and continues to visit churches and perform at gospel music events across the nation with their mission of “Sharing the gospel and pointing people toward Christ through original music and personal, God-given testimony.”

I uncovered my passion for singing as a child in the small country churches where my dad served as pastor. From that point on, I took every opportunity I could to sing in churches, talents shows, local festivals, school musicals and events. As a teenager, I discovered a new love – writing gospel songs. It has become my life’s work.

My Dad, a preacher, was a great influence to me. When he passed away, I felt as if a torch had been passed along to me. I felt a strong calling to write and sing Christian music. So much of what I write is about encouraging others to find strength in their faith.

”Oh, That’s God — He’s walking through my darkest night, His spirit is descending with power and might, And His love it surrounds me and wraps my soul safe and tight, That’s God — He made a way for eternal life, Sent His son to die, what a great sacrifice, Who nailed all my sins to a cross Brother, That’s God”